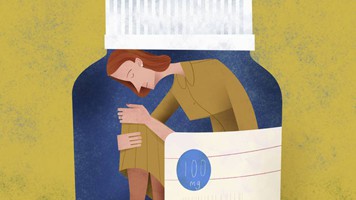 The truth about depression

There is no one “depression”.

Everything has an upside and a downside. We’ve come so far with our efforts to de-stigmatise mental illness by encouraging people to talk about their struggles with anxiety and depression that it seems almost normal to hear about such things from friends, co-workers and celebrities.

But with this increased awareness, there has been a cost. Sometimes we struggle to know what depression is anymore.

Take this recent piece in the NZ Herald.

There is little doubt that the rates of prescribing of anti-depressants have risen, in New Zealand and around the world. It’s also true many of us need to be more active. There’s even some pretty solid evidence that simply walking every day can help alleviate some mild forms of depression.

However when we put forth the idea that “we’re over medicated and need a walk, not a drug prescription”, we’re in dangerous territory.

A land mark New Zealand study has recently suggested that what we lump together as one thing under the title “depression” is actually at least twelve different subtypes including things such as responses to physical illness, grief, romantic rejection, reactions to trauma and loneliness.

Even as it stands now “depression” isn’t actually a diagnosis, it’s a catch all phrase for a number of different mood disorders. And increasingly it’s also a way for us all to describe a low mood, or a period of not feeling emotionally “OK”.

That in itself is fine – albeit confusing. In general I’m one hundred and fifty per cent behind the idea we all could be talking more about our emotions, our pain, our struggles, the “less than perfect” bits.

But perhaps we need new words, a new way of describing our distress that allows us to distinguish between what is technically mild/ moderate and severe depression.

Because suggesting to someone who is struggling with a severe depression that they don’t need medication, they just need to go for a walk, is not only unhelpful but potentially dangerous.

Paradoxically it can actually stigmatise those suffering from severe mental illness, and lead people to believe they should be able to just make some lifestyle changes and move on.

In our enthusiasm to talk more openly about mental illness, we risk misunderstanding, and alienating those we actually mean to help. We need to keep being open to understanding that individual experiences vary: some may find medication is the only thing that works, for others it’s therapy, and yes, for some, exercise and getting more active is the best prescription.

But the only thing we can guarantee is that anyone suffering from emotional pain doesn’t need is more judgement. Reducing stigma is about remaining open and listening, without judgement.

It seems we still have a long way to go after all.

Nutters Club: Is there still stigma around mental health?