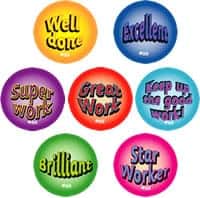 Too much of a good thing

All parents feel that their children are special, it comes with the territory, and is in fact natural.  And of course as parents it’s easy to gush forth with over the top praise about how your little darling is the smartest, the most beautiful, most talented human being to have ever lived.  But recent research would suggest that this type of praise could actually be doing harm.  How exactly?  Well Wallace and I talked about that this week on his Radio Live show.  (Click here for audio of the interview)

In reaction to the dogma of the “self esteem movement” researchers have looked at the impact of efforts to build up children’s self esteem by praising inherent abilities (intelligence, physical attractiveness, athletic ability for instance).  This research has found, and it has replicated many times, that to praise in this way  can often have a long term negative effect on motivation and future effort…

“The Columbia University researchers Claudia Mueller and Carol Dweck found that children who were praised for their intelligence, as compared to their effort, became overly focused on results. Following a failure, these same children persisted less, showed less enjoyment, attributed their failure to a lack of ability (which they believed they could not change), and performed poorly in future achievement efforts. Says Dweck: “Praising children for intelligence makes them fear difficulty because they begin to equate failure with stupidity.”  (Click here for the whole article)

Recent studies have refined this even further and shown quite clearly that excessive praise of children with low self esteem actually makes them feel worse.  In this study (click here for an excellent interview with the lead researcher Eddie Brummelman) it was shown that when parents used inflated praise (i.e. “You’re the best, most talented, smartest ever”) it sets up unrealistic expectations, makes the child feel worse about their abilities and ultimately not try as hard in future challenges.  And this outcome is most pronounced in kids that need the boost the most, namely those with already low self esteem.

“The rationale of the children with low self-esteem seemed reasonable enough: if there’s a chance you’ll fail—or perform worse—why try? As Thorndike pointed out, after you’ve been rewarded once, you want to be rewarded again. So you shy away from any future behavior that could undermine your expected positive feedback, turning away from difficult challenges because you are more likely to be praised if you stick to something that you know you can accomplish.” (Click here for the whole article)

So what does all this research suggest parents should do instead?  Well firstly it’s important to recognize that we all gain natural reinforcement from doing things well, and that when kids do well they generally know it.  It isn’t always necessary to lavish praise on top of this natural sense of mastery.

It’s also true that failing is as important for development as succeeding and that tolerable failure and stress build resilience, ultimately a much more important trait than having good self esteem.

When you do praise, stay away from the superlatives.  “Well done” is going to be better than “that’s the best job EVER”.  And even better is to praise the effort not the talent, and be specific.

Focus on what is within the child’s control, not on some inherent ability.  So for example “You must’ve worked really hard to get such a good grade” rather than “You are SO smart!”.  (For more great suggestions click here)

And above all, if you are going to lavish your children, lavish them with love.  It’s not possible to over do that.  But it is the parents job to help children build a realistic and balanced view of themselves.  That’s the lasting road to true confidence.