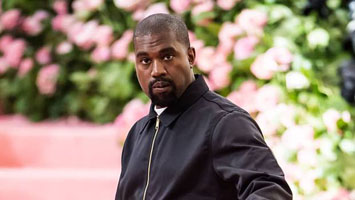 What Kanye West has right about mental health

I’ve never been a huge fan of Kanye West, and even less of his wife’s family and media empire. But I am a fan of David Letterman, and in particular his retirement project on Netflix, “My Next Guest Needs no Introduction” a long-form interview show. An hour is long enough to really get a sense of someone, and Letterman’s expertise as an interviewer shine through.

West – who has very publicly struggled with his mental health and recently been diagnosed with Bipolar disorder – lays his struggles bare in a recent episode with Letterman. In doing so he talks very candidly about the problems with the treatment of acutely ill people, himself included.

He recounts how, at his most unwell, paranoid, manic and fearful that the world was out to get him, he was detained, handcuffed, and secluded. He was away from the handful of people he still trusted, loved and felt a connection with.

He described it as doing exactly the wrong thing – and that it made him worse. Given his resources he was able to be quickly discharged, and receive further treatment at home, a privilege he recognised. West spoke passionately about the need to change this approach to psychological distress, and how he now manages his own mental health without the need for medication.

In the flurry of initial media coverage, one of the least spoken about Government responses to He Ara Oranga – The Mental Health and Addiction Inquiry – is the commitment to:

“Repeal and replace the Mental Health (Compulsory Assessment and Treatment) Act 1992 so that it reflects a human rights-based approach, promotes supported decision-making, aligns with the recovery and wellbeing model of mental health, and provides measures to minimise compulsory or coercive treatment.”

This is the legislation that enables people to be held and treated, against their will if they are deemed to be acutely unwell or at risk of harming themselves.

Kanye is right, it doesn’t make much sense that we do this, yet it can also be hard to think about the alternative. What are you supposed to do with people who are distressed, and a danger to themselves?

To me, detainment has always been a shortcut – a way to help people without having to build and maintain meaningful therapeutic relationships. Because relationships like these take time, they take consistent staff relationships and they require ongoing engagement.

Locking people up, and drugging them into submission is easier. And in a broken system driven by risk management it can seem like the only option.

Not surprisingly, New Zealand’s use of compulsory treatment is one of the highest in the world: around twice that of the UK.

Perhaps I’ve been working in the system too long, but I struggle to imagine that we can abandon the need to detain people for their own safety altogether. But it is long past time that the system not be designed and implemented by medical professionals and clinicians, but instead be designed from the ground up by those who have the most to lose when things go wrong: the consumers themselves.

First, do no harm. When the treatment has the risk of causing as many problems as the condition it’s meant to treat, then it’s time to try something different.

And maybe it’s time I started listening to Kanye.  (Click here to read the article via the NZ Herald…)

The Nutters Club: The challenges of winter on our mental health