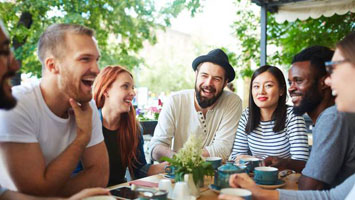 When was the last time someone talked to you about how they were struggling? If you haven’t had anyone approach you, then maybe you’re part of the problem, writes Kyle MacDonald.

New Zealand’s suicide numbers last year totalled 685, according to the latest provisional statistics released by the Chief Coroner this week.

We’ve been told for years now that we need to encourage people to reach out, to open up, to talk about what’s going on, to seek support. There’s even a list of helplines a the bottom of this column.

But ask yourself: when was the last time someone talked to you about how they were struggling? If you haven’t had anyone approach you, then maybe you’re part of the problem.

Maybe we all are.

Because expecting someone who is in the midst of suicidal thinking to actively reach out, and open up, is the opposite of what their feelings are telling them to do.

It’s like asking someone with a broken leg to walk if off.

Now don’t get me wrong, we should make support easier to access, we should make helplines more available, and we do need more mental health services, and more trained professionals.

I also share everyone’s frustration that solutions aren’t coming fast enough from this Government, although to be fair they spent about 20 times more on mental health in the recent budget than the last National Government did.

(Oh, and if you’re someone who is quick to jump on the “we need more services” bandwagon but you intend to vote for any party that has their main policy plank as “less taxes” then I’d say sit down – and get your priorities straight).

So if you’re a coach, a teacher, a lecturer; if you employ young men, work in an industry which is dominated by men in their 20s, spend time in sports clubs, or work in hospitality: take note.

Because while we should be looking out for everyone, it’s our men who struggle to reach out the most. And our young men even more so.

So watch what you say. Don’t expect toughness, don’t pick on people for showing their true feelings. Don’t punish mistakes, take the piss or tease people for a laugh. Don’t talk about how people are f**ked in the head, need to harden up, or take a concrete pill.

Don’t buy your staff excessive amounts of alcohol, don’t expect them to toughen up and put their personal problems aside and turn up to work no matter what.

Be the change you want to see. Be vulnerable, make mistakes and be okay with it. Make it okay for them to be open. Ask if they’re okay, mean it and be interested in the answer. Take an interest in their lives, and encourage them.

We need to keep asking the tough questions of our politicians and holding whoever is in power to account on this national shame that is suicide. But we also have to hold ourselves to account.

Challenge yourself to do better, and be the hope so many of our young men need.

The Project: Facts behind the fear #PhobiaWeek

Measles anti-vaxxers – and the rest