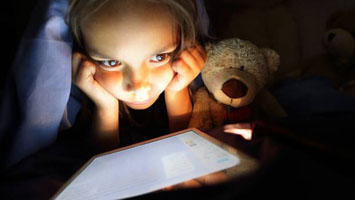 What we’re missing in the kids and screen time debate

Guilt is never a great way to motivate anyone, and parental guilt is a particularly insidious form of it. As a psychotherapist and a parent, it’s almost impossible to avoid. It is possible to know too much about the things that screw us up.

But of course the wisdom of psychological insight is so often retrospective. Making predictions is much harder. Which is why it continues to be hard to know exactly what to make of the “screen time” debate.

On April 24th the World Health Organization (WHO) released strict new guidelines about the use of screens (primarily tablets and phones) for under-5s. In short they advise no use for under 1s, rarely for children between the ages of 1 and 2, and limited use of no more than an hour a day from 2 through 4 years of age.

The impact of screen use on those under 2 is well established. The way that human beings learn language and social skills is through interaction with other humans, and screen use comes largely at the expense of face to face time with parents and other adults. Under the age of two it bestows no benefit in and of itself.

It’s a fact that you can’t learn to talk from a screen.

But is this sort of advice, delivered this way, helpful? Especially given that the use of screens has become so normalised not just for children, but for all of us.

Is encouraging parents to limit screen use the solution?

Increasingly families are under strain with both parents tending to work longer hours, children under five spending more hours in day care, and for the older children, after school programmes. Parents are understandably exhausted, and putting kids in front of a screen can feel like the only way to engage them in something to allow other day to day tasks to happen. Even more so when parenting on your own.

We also, increasingly, live in fear. In larger cities where we are convinced of the risks of children being in the world on their own. In cities where the car is prioritised, and simply cycling or walking anywhere can seem like one is taking our lives in our own hands.

And in communities increasingly fractured by long and precarious work, increasingly short term rentals and frequent moves, that for many make settling into a community where your kids can simply head out the door to play with friends down the road, a nostalgic memory.

So while technology companies continue to make their devices, and their platforms increasingly “engaging” – like the Netflix auto play feature that routinely robs me of sleep – perhaps, imploring people to just “stop” is like telling an alcoholic to just stop drinking.

The truth is, we don’t know what the long term effects are. We don’t know if interacting with devices with our kids is better than being in another room while they do so, or if tablets are fundamentally “worse” than TV.

But like any behaviour that is a problem, the problem is only a symptom.

Perhaps we’d be better off to try to support people to make change. To make life easier for parents of young children – especially parents on their own – to make and rebuild communities and make cities and neighbourhoods safer for children to play in.

Because maybe the connection we should be trying to build and support as a society isn’t “5G”, it’s the connection between children and their parents.

(Click here to read the article via the NZ Herald…)

The Cafe: Too Many Rules?