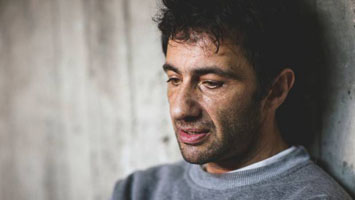 What we’ve got wrong about destigmatising mental health

We’ve done such a good job of “destigmatising” conversations about mental illness, we’re failing to give terms the weight they deserve, writes Kyle MacDonald.

I’ve talked before about how much I cringe when I hear people say “I feel a bit depressed today”, or even more so if tidy people describe themselves as “OCD”.

But we only have ourselves to blame.

We have done such a good job of “destigmatising” conversations about mental illness, that we now use words – that by definition describe serious levels of life-impairing distress – to talk about our emotions.

And that doesn’t help anyone.

But it does highlight another problem, one that we should’ve anticipated with destigmatisation, but now is abundantly clear.

The flip-side of destigmatisation movements, is that by promoting that it is “okay” to have a mental illness we are uncritically accepting the entire idea that we can define, label and describe human distress as neat and tidy categories. We are accepting without question what is called the “disease model”.

But mental Illness is incredibly hard to define.

Fundamentally, mental illness is distress and pain that is so intense it stops us functioning, and as such, it may cause “symptoms” depression, mania, hallucinations, flashbacks, or efforts to stop the pain that are problematic, like alcohol and drug abuse for instance.

But is it a “disease”? We can’t test for it with a blood test. Even more problematic, if you are struggling and you see multiple psychiatrists, you may get very different opinions, and diagnoses as to what is “wrong”. These are not clear and reliable categories.

This is why many believe that the fundamentals of how we even understand psychological distress are wrong, and in this way if we de-stigmatise mental illness, we are accepting the idea that psychological pain and distress is an illness in the first place.

As opposed to understanding extreme psychological distress, as an understandable response to very real historical – or present day – pain, neglect, trauma and stress.

A normal response, to abnormal events.

To be in pain, even extreme psychological distress, is human. But when we label this distress as an illness, we can fool ourselves that in applying a label – making the diagnosis – we’ve solved the problem. If we do this we often fail to understand the reasons for the pain.

If we are to focus on de-stigmatising anything, it is this: that pain and distress is not an illness, but part of human experience, and as such a normal response to trauma, neglect and life struggles.

This is not a new idea, and throughout the twentieth century proponents of such thinking were thought of as belonging to the “anti-psychiatry” movement, which questions not just the role of diagnosis and the medical model, but power and coercion in the responses to – and treatment of – people struggling with overwhelming psychological distress.

More recently, models that place trauma – in all its forms – at the heart of treatment have gained more and more mainstream appeal. Ultimately though it’s simpler than that.

It is as simple as shifting our thinking from asking others (and ourselves) “What is wrong with you?” to asking instead “What happened to you?”  (Click here to read the article via the NZ Herald…)