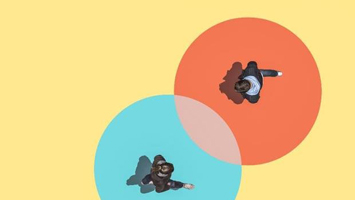 What you really need to know about your personality type

Whether it be horoscopes, character types or personality tests human beings have always sought to classify people as a way to try and understand ourselves and others.

Unsurprisingly, there is a branch of psychology dedicated to it: the psychology of individual differences.

The “Myers-Briggs” test is probably the most well-known personality test, based on Carl Jung’s ideas. It’s a test that has little empirical value and has largely been debunked in academic circles. Despite that – or perhaps because of our fascination with categorising – it has persisted.

Much more empirical weight is given to the so called “Big Five” theory of personality traits: openness, conscientiousness, extroversion, agreeableness and neuroticism.

Along with IQ (“Intelligence Quotient”) the Big Five is one of the central ideas of the study of individual differences. It has been shown again and again to be a reliable predictor of a number of life outcomes, as well as potential mental health and behavioural issues.

Recently researchers at Northwestern University in Illinois have claimed to have identified four personality types which represent “clusters” of how the Big Five traits interact.

These types are “Reserved,” “Role models,” “Average” and “Self-centered”.

Perhaps not surprisingly in the age of the “internet troll” the “Self- Centred” personality type has attracted the most headlines. It’s a personality type dubbed by one of the lead researchers as “jerks”.

However, the psychology of Individual Differences is not without its critics.

One of the obvious problems is it assumes personality traits are fixed, and unchanging. Some believe that personality may even be genetic. Certainly it has been a widely held assumption that personality, beyond adolescence, is fixed for adult life. It can therefore leave people feeling there’s little that can be done about the way they are, and hopeless about changes more generally.

As a theory – along with IQ – it has also propped up both racist and misogynistic arguments; it can be seen as evidence of the inevitability of differences in abilities between genders and ethnicities.

Despite this, studies are now showing that personality is far from stable. In fact, one recent paper has shown that children tested in the 1950’s, and retested 63 years later showed no correlation at all between their personality at age 14 and age 77. As far as the tests were concerned they were different people.

Of course, personality, IQ and the Big Five personality traits are all human constructions. It’s not like we’re measuring gravity or some universal rule of nature. The changes in personality measured so far are largely slow, happen over a lifetime and have been attributed to ageing or “maturity”. And they are mostly positive changes: people generally become more agreeable, more extroverted and less neurotic.

But this is vitally important because if personality isn’t fixed, it confirms change is always possible and that many ideas about human nature, mental illness, criminal psychology and society get thrown into a different light.

Perhaps even more importantly, when we focus on the differences between us we miss the fact that we are all far more similar than we are different, a fact we would do well to remember as increasingly our differences seem to drive us apart.

The Nutters Club: Waiting lists and helplines; finding help when you need it