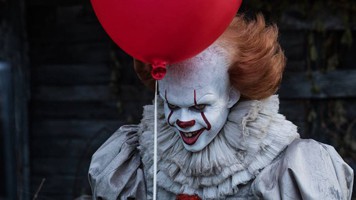 Why fear is good for kids

Being a therapist and a parent is not an easy ride. I know too much about the kinds of awful things people experience in childhood and the ways events can impact us for life.

While I can get a bit neurotic about it at times, it’s normal to want to protect our children from fearful things. Childhood fears, though, are normal – even necessary.

Take Halloween, for instance, a childhood event based on scary things. It’s seemingly more popular than ever, at least in our neck of the woods.

I never grew up with Halloween. In small town early eighties New Zealand it was largely frowned upon. Not for puritanical reasons but more because it was an American holiday. I think knocking on strangers’ doors expecting things was very un-colonial, a bit too brashly American.

I like it now, not because of the lollies, although it certainly helps, but because increasingly I see playing at fear – being frightening and frightened – as such an important part of childhood. It’s vital, in fact, to learning to feel in control of our anxieties.

I’ll admit to “censor reading” when reading to my kids – skipping bits of books that I thought were “too much” – until I starting reading really good children’s fiction – Roald Dahl, David Walliams, and J.K. Rowling for instance.

While these authors deal with seemingly very adult themes, they do it in ways that enable the heroes of the story – always the children – to overcome the adversity they face and grow from the experience. What was hard to deal with at first – as an over-protective parent – was how real the frightening situations were. The stories all involve the death of parents, wicked step-parents, loss, bullying, abuse or neglect.

When we imagine, via stories, fairy tales and games of good versus evil, we gain control, and mastery. When we are protected (I no longer “censor read”) we don’t learn those lessons.

The work of children is play, and it is through imagination and play we learn to manage and deal with the world.

And herein lies the paradox: the problem isn’t that our children are over protected, wrapped in cotton wool because of PC nonsense. It’s that without being able to work at playing, without sufficient time and space to imagine, play, and fight their own battles of good versus evil – without us breathing down their necks to get their homework done and pushing them to deal with the “real” world – children never learn to fight their own battle with anxiety.

These battles must be fought in the imagination, where they can be won. We mustn’t protect them from fear anymore than we must expose them to it – to “toughen them up” as some would argue – we just need to allow space to work it out with play and creativity.

So I hope you all embraced the ghouls and goblins knocking on the door with their hands out for treats over Halloween. It might be child’s play, but it’s a serious business.

Because what’s truly terrifying is a world with out time and space to play.