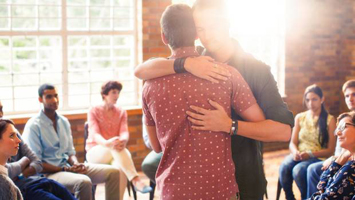 Why gay conversion therapy should be banned

Last week two petitions with a total of over 20,000 signatures were presented to the Government calling for “gay conversion therapy” to be made illegal.

The idea is simple. Conducted almost exclusively by any number of independent churches, and in some centres catholic organisations, practitioners claim to be able to “cure” homosexuality, like any other mental illness or behavioural problem.

Psychiatry, of course, doesn’t have a sparkling record on issues of sexuality, same-sex attraction was listed as a mental disorder in the psychiatric bible, the “DSM” until 1987, and the ICD the psychiatric manual of the World Health organisation only removed it completely in 1992.

What we now know is that not only is sexuality not malleable, it is also not a disorder, although clearly some people very much believe it to be morally wrong, or a sin.

One of the cornerstones of any psychotherapy, is the idea that it is only through acceptance of ourselves, the bits we like, and even more challenging, the bits we don’t like, comes true health.

Sexuality and sexual expression are a foundational part of our identity. And the evidence is clear: people’s sexual orientation and gender identity are hardwired at birth. We are, in short, born that way and we can no more change who we are attracted to by sheer force of will than change our eye colour.

Good psychotherapy and counselling rest on the central idea of validation, allowing people to freely express themselves, their views, beliefs and desires in an atmosphere of acceptance. Anything that claims to be able to change an individual’s sexual orientation is the opposite of this.

This is of course what makes it dangerous. To feel invalidated, to feel that who we are is not acceptable to ourselves, our families, our communities or our God is to steep someone in shame and conflict. And we know that such interventions can lead to depression, anxiety and in some cases death by suicide.

Even without attending gay conversion therapy the mental illness and suicide rates for the LGBTQI+ community are around five times higher than the rest of the population.

Maybe it’s time for these organisations to either catch up or stop being so worried about who people have sex with. Because if your beliefs and your imposition of them upon others can kill, it might be time to reassess.

And as far as a law change, clearly, I support it. But in the meantime, I also support and encourage people making a complaint if they’re seeing, or have seen, a professional who holds themselves out to be a counsellor, psychotherapist or psychologist claiming to be able to help you change your sexuality.

Because such individuals may feel their practice is in line with their religious views, but it is out of step with their code of ethics and clinical research.

Not to mention human decency and kindness.

The Inquiry Panel receiving the Free Counselling for all Kiwis submission

The Nutters Club: Let’s talk about suicide and how much it sucks