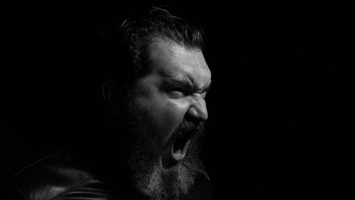 Why ‘involuntary celibacy’ is a growing concern

I’d heard of the “Involuntary Celibate” movement but in the interest of my own wellbeing had largely avoided engaging in any detail.

I deal enough with the outcome of trauma and humans being awful to one another in my work that I struggle to deep dive into that level of depravity.

“Incel”, for short, is a small but growing online community of men. They describe themselves in this manner because they believe the lack of sexual interest they get from women is a deprivation of what is naturally theirs: namely, the servitude of women.

It is a world of hate, misogyny, contradiction, male entitlement and disturbance. The Toronto van killing is being described as the action of an “Incel” bent on death and mayhem.

How the hell did we get here? How has this become a movement?

Research suggests, in the US at least, narcissism is on the rise especially in young people. While controversial, it’s piqued a lot of people’s interest over the last few years.

Narcissism is marked by a lack of empathy for others; grandiosity, a feeling of being special and a general sense of entitlement.

As a psychiatric disorder – in the form of a personality disorder – it is often a diagnosis of trauma, an outcome of chronic abuse, neglect and bullying.

Narcissism protects the person by putting all the bad feelings (everyone else is the “loser”) on the outside, onto others. In doing so the capacity for empathy is suppressed, or lost altogether.

Better to bully, than be bullied for instance. And rather than feel rejected by women, and fundamentally unattractive, you hate all women and fantasise about their subjugation.

Therapists call it projection, where we deny or repress our own vulnerability and blame those who make us feel those feelings.

So while we can make clear progress in our efforts to educate, and try to change the culture around violence towards women, while we can make it undeniable that as a society it is “not okay”, how, at the same time, can such horrific violence be on the rise – here in New Zealand how can domestic violence rates be so stubbornly high?

In a culture, if we see the average level of empathy dip, the behaviour at the extremes is naturally going to become more disturbed and more common.

It is the challenge of our times. In the face of Trump-ism, increasingly polarised views and the very real need to defend against hate, how do we do so without resorting to more hate?

Recognising that those who persecute are themselves deeply damaged is not to suggest people shouldn’t be held accountable for their behaviour.

But unless we can start to think about how people, men in this case, become so damaged they wish to subjugate and hate an entire gender based on their own insecurities we will get no where trying to solve the problem.

This is not a problem of inherent evil. We need to acknowledge we are all part of creating the culture that in turn creates the problem. And centering empathy, emotional learning and compassion in our education and culture from our children’s earliest days is how we will actually win the war against hate.

The Nutters Club: Life after a 30-year marijuana addiction