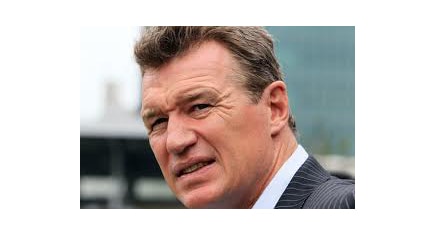 Why should money talk but therapy walk?

This post orginally appeared as an opinion peice in the Sunday News, 4th of August, 2013.  Click here to see the original article…

I’ve been a Blues fan longer than I’ve been a therapist.  I grew up with the images of JK running through the entire Italian team in 1987, burned into my consciousness.  And I admired as a psychotherapist and a rugby fan as he “came out” so publically to talk of his own emotional struggles in the hope that it might help others.   A knighthood has never been more deserved in my opinion.

A cultural change has taken place in New Zealand, and it may not be to everyone’s liking but it is long overdue.  We now have an ambassador for men’s mental health coaching the Blues (and possibly the All Blacks one day), and current All Blacks and Black Caps talking openly of their struggles with addiction.

There are some pretty clever people, who go to the trouble of reading all the studies ever done on therapy, and whether it works.  Fact is, it does.  The American Psychological Association issued it’s strongest statement ever on the current research, in August last year.

Short version: it works.  Not only that, in some cases the “effect size” or how much it helps, is higher than that of medication.

So why then in the last week has Sovereign Insurance pulled it’s funding for talk therapy? Why have the National Government removed funding for relationship counselling as part of the Family Court process?  And why have people like me spent the last three years fighting ACC to not remove funding for counselling sexual abuse and rape victims?

Here’s Sovereign’s logic:  In the face of a 40{1b812f7ed7a77644fff58caf46676f6948311bf403a3d395b7a7f87010507f87} increase in claims for depression on their income protection policies, they have decided to cut funding for the most effective treatment for mild to moderate depression.  But they’re going to keep funding medication, despite the research showing it likely makes no difference for anything but the most severe depression.  Why?

I’d love to know.  It can’t be based on research.  But medication is cheaper than therapy and creates less of a financial liability, in the long term.

And I guess that’s the thing now.  We’re allowed to talk about emotional health.  But those in charge of the purse strings have decided it’s a luxury we can’t afford.

Perhaps nothing has changed after all.