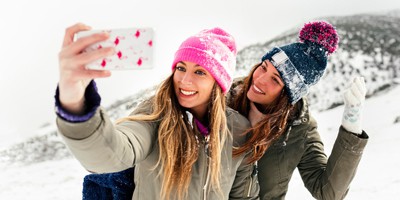 Why ‘snowflake’ millennials is a term of abuse

For the most part, I’m not a fan of generalisations. It’s just a short skip and a jump from there to a stereotype, and it’s evil cousin, prejudice.

But we just can’t seem to help ourselves when it comes to age, and generations.

Gen “X”, baby boomers, millennials: we all know our place. And on a weekly basis on one website or another we get told that millennials, well they’re a bit special aren’t they?

The term “snowflake generation” was even one of Collins English Dictionary’s 2016 words of the year.

It refers to the idea that one is overly sensitive, with an entitled idea of their own importance and sensitivity. It’s seen as the outcome of a generation that has been coddled and convinced of their own specialness.

In reality it is a term of abuse, and captures the very worst of the hateful attitudes some hold towards those younger than themselves.

I’ve talked a lot about validation in this column, and the potential invalidation has to cause harm, and there is little more invalidating than writing off the concerns, and emotions of an entire generation by labelling them “snowflakes”.

The reality is for much of human history we have more or less failed to grasp the impact of sexism, racism, the impact of power, abuse, physical and sexual abuse and many other injustices on people’s emotional health.

While many still choose to minimise or outright deny the impact of these abuses, we have rightfully raised a generation to be aware and speak out, at the same time as we abuse and belittle them for doing so.

Is it any wonder the levels of anxiety and depression among young people in the western world are on the rise? We are also experiencing the highest levels of economic inequality since before World War I.

In New Zealand specifically: housing shortages, rising costs of living, and youth unemployment all contribute to a bleak view of the future.

Let’s not forget what has now been dubbed the “John Kirwan effect”: culturally we now encourage people to speak out about their mental health yet, if you’re young, you’re a snowflake and need to just toughen up.

But given our terrifyingly high youth suicide rate, we can hardly claim to be doing well when it comes to attending to youth mental health. Is it an exaggeration to say our stereotype of “millennials” is killing them? Probably.

But instead of belittling, looking for simple stereotypes to try and understand, perhaps we could do the most simple, and validating thing of all: simply listen.

There’s an election coming, and not only do I hope we can all encourage youth voices to be heard, I’m also in favour of lowering the voting age to 16.

Because winter is coming, and there’s nothing to fear, in fact let’s hope it saves us all.

The mental health budget: You know we can’t grab your ghost money, Jonathan