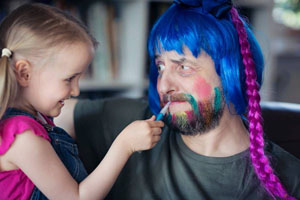 Why ‘toxic masculinity’ and gender roles harm everyone

This week the topic of masculinity hit the headlines, from two very different quarters.

The American Psychological Society late last year issued a set of treatment guidelines for men, but an article in their own magazine brought it to the media’s attention.

They described the growing literature showing that the culture of traditional masculinity is harmful to men.

At the same time razor brand Gillette (“The Best a Man can Get”) also launched a new campaign, in part in response to the #metoo movement, calling on men to be the best they can be in challenging bullying, violence and sexism.

Predictably, both have been met with mixed reactions.

Personally, I’ve never called myself a feminist. I might be old fashioned in that respect, but I don’t feel the need to. I have always believed in gender equality, in theory, as a simple idea: that we shouldn’t discriminate, make judgements, or cause harm to people because of their gender.

Gender roles, patriarchy, or toxic masculinity, call it what you will, but the fact that we still continue to have rigid ideas about how men and women “should” be” causes harm.

In many ways women are decades ahead of men – thanks to feminism – in getting their heads around this, and striving to change.

But feminism, and challenging the status quo, is too easily misunderstood as meaning that men are wrong, and women are right.

In this way, “toxic masculinity” is a terrible term and it’s no surprise it turns plenty of men off.

But actually, all it means is that we live in a culture that devalues and invalidates emotional expressions of vulnerability by men, and overvalues power and aggression, and the expressions of it.

And this harms men.

But don’t think for one moment this means women are wrong and men are “oppressed.”

The point is rigid gender roles harm everyone.

The American Psychological Association (APA) drew on 40 years of research in their recent guidelines, and its core message is that “traditional masculinity – marked by stoicism, competitiveness, dominance and aggression – is psychologically harmful and that socialising boys to suppress their emotions causes damage that echoes both inwardly and outwardly.”

We know this. We talk about the impact of not allowing boys to cry, of men having to be tough to be acceptable. And we know that last year in New Zealand of the 668 people that died by suicide last year, 475 were men.

But there is something we can all do about it. Because culture is only a collection of individual actions.

And while the APA research is crucial, well researched and right, in our modern world it takes an advertising campaign to really get the message across.

That’s why I love the Gillette ad so much. It says we have a problem, but it also shows how simple and vital the solution is.

Empathy, caring and taking action. All of us. To have the courage to stand up, to stop bullying, aggression and the demeaning of women. To do so because it makes us better men.

These calls for change are not saying men are bad. They’re saying men, all of us can be better. That we need to be the best we can be.

The Nutters Club: The reality of Christmas