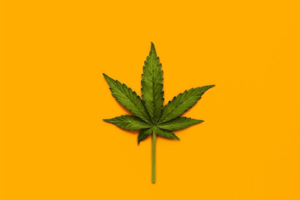 Why we need to legalise synthetic drugs

This week the death toll due to synthetic drugs hit 50 – with coroner Michael Robb calling for a change of approach to users, and easier access to addiction treatment.

I refuse to call these drugs “synthetic cannabis”, because this only further confuses the issue.

Synthetics are man-made chemicals, made to target cannabinoid receptors in the brain, but they are much more intoxicating and dangerous than cannabis; they seem to be much more addictive and can result in serious harm and death. Manufactured in liquid form they are sprayed onto leaf material and sold to be smoked.

And the fact they are so dangerous is exactly why we need to make them legal.

If you find that idea shocking, it’s no surprise, because for the last 50-odd years we’ve all been brainwashed into thinking that prohibition is the only response to dangerous drugs: Ban them. Arrest the dealers. Arrest the users and eventually we will eliminate the problem.

The rhetoric at the heart of the War on Drugs is a lie. We’ve been told that the only way to deal with drug abuse and addiction is by banning drugs. The reality is the War on Drugs has always been a war on vulnerable people. It has done nothing but prevent people seeking treatment, and lock up a disproportionate number of young brown men for using, and dealing, drugs.

Meanwhile, we have the same pointless argument about whether we should re-classify synthetic drugs, making them more illegal and making users subject to harsher penalties. Yet while politicians promise to get “tough” on the problem, people are dying.

We need to be braver and kinder than that.

With the looming referendum on cannabis law reform promised for 2020, we have to break out of the thinking that to legalise and regulate illicit drugs is to be liberal or permissive.

In fact, I believe we should legalise and regulate drugs because they’re harmful.

New Zealand has an opportunity to flip the script and become a world leader in drug law and treatment. We have an opportunity to live up to the vision championed on the world stage by our Prime Minister when she talks of putting kindness at the heart of policy making.

We need to stop believing that punishing addicts will fix them. We need to decriminalise all drugs, legalise cannabis, regulate substances based on their degree of harm and pour the substantial amount of money saved into treatment, public education and harm reduction.

Increasing penalties for supply – as proposed by the Psychoactive Substances Amendment Bill currently before the house – would not only be a backward step, it would be monumentally stupid. As would the Governments initial suggestion to make synthetics “Class A” under the misuse of drugs act.

I see it as nothing more than a cynical political stunt constructed to appeal to the pearl clutchers, and it will directly lead to more deaths.

So if you’re actually concerned about the harm drugs are doing to our society, if you actually care about the people who are struggling with pain and addiction, if you actually want to build a kinder, more compassionate society, then you have no choice but to be in favour of legalisation and regulation. That is the only way to actually address the harms, and keep the people who will always choose to use drugs safe.

The Nutters Club: Self-talk and triggers