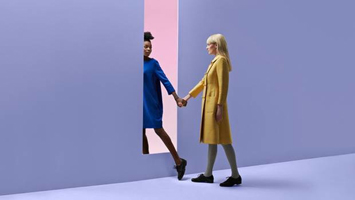 Why you trust some people more than others

I hate the phrase “identity politics” almost as much as I hate “political correctness.” Both are invented phrases that are increasingly used by people to justify their prejudice and hate.

It’s particularly ridiculous because all politics are about identity. In fact, it’s not a stretch to say all of life is. Our identity – how we define ourselves – and the groups we are part of as a result, are integral to our psychological wellbeing, and social functioning.

Human beings are herd animals, and we naturally form groups, whether that be tribes, communities, work teams, or as followers of particular rugby teams.

But in-group identification isn’t so strong that we can’t overcome it. Looking for similarities tends to help, as does understanding and allowing ourselves to get past stereotypes via real world experience of people we experience as “different”.

Ultimately though, those that eschew so-called “identity politics” aren’t saying groups themselves are bad, they’re saying other groups (out-groups) are bad. Moreover, we shouldn’t make rules about how to treat groups, because this solidifies a group identity and makes the problems of discrimination worse because it cements differences.

Of course, the end point of this argument is that the solution to discrimination is simply to eliminate a focus on difference. You know: “What we need is a great big melting pot, big enough to take the world and all its got…”

People of colour, women, LGBTI+, those with a disability, people struggling with mental health or addictions, immigrants, refugees. We too readily define people by their difference from some imagined “norm” and we know that when people belong to a “minority group” they will likely do worse on all sorts of health and wellbeing measures.

Trying to limit how much discrimination gets levelled at people who are defined by difference is the real reason we need to look at our hate laws: because discrimination is real, it does have an impact, and there is no ignoring that.

You certainly can’t just make the problem go away by suggesting people put aside their identity to solve the problem.

We will always be defined by our differences, and even if we did “wait one hundred years or more, and turn out coffee coloured people by the score” we would still find ways to distinguish ourselves from each other, and form groups.

But ultimately this isn’t the problem. Hate is. And anything we can do to limit the impact of the human tendency to hate differences, rather than embrace them must be considered. Because pride about who you are, and the groups you are part of is fine. But we don’t have to build ourselves up at the cost of others.

We can embrace difference, and it’s even easier if you engage with those you see as different. Because it is both true that we are different, and they are us.

The Nutters Club: Goals and excercise for good mental health