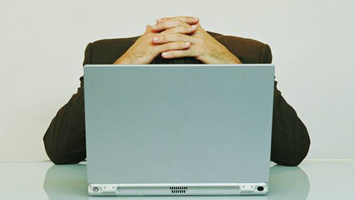 If you’ve ever spent any time on social media, you’ll know that irresistible pull to jump into an argument with a complete stranger.

“Don’t read the comments,” is commonly accepted wisdom. Yet if you do brave them on any controversial article – race, vaccines, or the current hot topic of “free speech” – you’ll see the digital equivalent of a shouting match, with generally two camps that degrade into yelling personal insults at each other.

Yet still we persevere, arguing our point, putting our case forward. And it seems the most logical thing to simply argue the facts, right? Put forward your case and use logic, hyperlinks and accepted research to convince the other person of your point of view.

Not only does this not work, surprisingly, it actually makes things worse. It’s called the “backfire effect” and numerous studies have shown that when you try to convince someone to change strongly held beliefs, presenting them with “facts and evidence” actually strengthens their views.

We all like to think of ourselves as rational creatures holding ideas, opinions and beliefs about the world because we’ve given it thought and reached a reasonable conclusion. But actually, those really strongly held views, the things we’re most passionate about, become part of us – psychologically speaking – and as a result very hard to change.

An attack on those beliefs – which is ultimately what contradictory evidence is – feels like an attack on us. And so we defend our views as strongly as we would defend our very selves. And of course, if we then also resort to actual personal attacks, then we have no hope of doing anything except cementing the very beliefs we wish to challenge.

In short: we’re all hardwired to care more about our ego and being right than the facts.

So, don’t read the comments, and ideally don’t even try to change someone’s mind via a comment thread. But I know you will. So if you do, what should you do differently?

Firstly, give up trying to convince anybody of anything and try to understand their view first. Ask questions and try to see the world from their point of view. For example, so called “anti-vaxxers” are largely motivated by fear for their children’s wellbeing, and a lack of trust in big pharmaceutical companies. And most racism is fuelled by fear of difference and a lack of real world positive experience of differences.

Understanding of course doesn’t mean accepting and I’m certainly not advocating tolerating being abused or attacked.

But try to find similarities, ideally shared values. All parents are worried about their children’s health and want to protect it, whether you’re for or against vaccinations.

Feel free to explain your own point of view, and why you feel that way, armed with the knowledge that it’s unlikely to change other people’s minds but can lead to a better understanding of the similarities.

By far the biggest problem with the backfire effect is not that it stops you from winning the argument – you were never going to win it anyway – but that it predicts widening differences. The more we argue, try to convince and attack the views of others, the more intensely we disagree.

And while we absolutely should try and understand hate speech, and so called “alt-right” views, we don’t have to tolerate it, and we certainly don’t have to allow it a venue to promote its views.

There’s no such thing as a naughty child

Why is mental health therapy in Auckland so expensive?