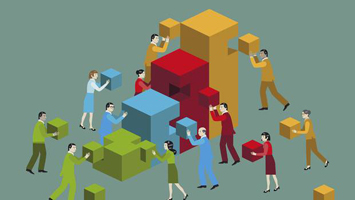 Women and young people most stressed in work place

It’s a big week in the United Kingdom: and I’m not talking about a wedding. No, it’s Mental Health Awareness Week and as part of that a survey of 4500 people has been published, reporting on stress in the workplace.

And if you’re young, or a woman, it isn’t good news.

Overall, 74 per cent of survey respondents said they had felt so stressed at some point during the last year that they were left “overwhelmed or unable to cope.” Specifically 81 per cent of women felt this way, as compared to 67 per cent of men. In addition, young people felt more stressed than their older colleagues, with 83 per cent of 18 – 24 year olds saying they felt overwhelmed and unable to cope.

The thing that is so useful about this survey is that it places the cause of stress – work – at the centre of the conversation. And it’s no surprise to me that young people and women experience more stress.

I also doubt the results would be much different here in New Zealand, and you only have to look as far back as last week’s news to see some clues.

First, headlines on the shortage of people willing to work for minimum wage in the seasonal fruit picking industry and second, the recent flurry of organisations being called out for requiring staff members to be at meetings, be paid less than minimum wage, or stay on outside their work hours, all for no pay: what we call “wage theft”.

What do these stories and the levels of stress experienced by women and young workers in the UK have in common?

The role of power – and lack of autonomy – in stress.

Stress is hard to define. It’s experienced as tension, anxiety, an inescapable sense of dread. Its function is to keep us focussed on what matters most: survival.

However, experienced chronically it can make us sick, with some studies suggesting that chronic stress is as bad for our physical health as smoking five cigarettes a day.

Not to mention the fact that almost a third of participants in the UK survey said that their stress had caused them to have suicidal feelings: again women and young people reported suicidal thoughts at a higher level.

Feeling powerless, having ongoing financial struggles caused by low paid and/ or insecure work is a recipe for stress. People in these roles feel understandably less able to speak up or complain about their work conditions.

It’s why cases like the recent Smiths City wage theft case, where the organisation has been ordered to backpay employees for requiring attendance at work meetings unpaid, are so important.

It’s also why organising, as groups, collectives, using hashtags or engaging trade unions is vital. Because power for those less powerful comes from the collective, it comes from feeling supported and knowing we have others standing behind us when we stand up.

We all need that support because ultimately, despite what some have been saying this week, the only thing that really “trickles down” in a free market is stress. Except it doesn’t trickle, it rains down on those least able to change their circumstances, and in some cases it drowns them.