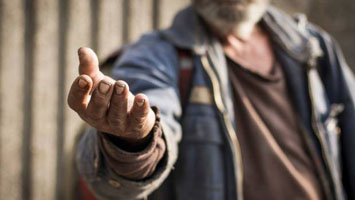 Why you’re inclined to think ill of the poor

Kyle MacDonald explains how we fail to understand the strongest predictor of our economic success and the impact this has on how we judge others.

The self help and self esteem movement has a lot to answer for. Spawning an entire industry of motivational speakers, empty mantras and infuriatingly unhelpful positivity for a start.

But it may also be working – quite unintentionally – to maintain record levels of economic inequality now plaguing much of the Western world, New Zealand included.

One of the cornerstones of modern competitive capitalism is that hard work is rewarded. “The American Dream” is this belief writ large, that anyone can succeed in a land of bountiful opportunity if they simply work hard. From this it follows that if my success is the direct outcome of my own efforts, then the failure of others to succeed is also, logically, the outcome of their lack of hard work.

In this version of events – so central to much of the self esteem and self help movement – the role of luck is downplayed, because to accept luck as a role is to downplay one’s own efforts, and the self esteem we then hang on our own successes.

Yet countries where this belief structure is most strongly held, like the US, are also the countries where it is least true. The United States has one of the lowest levels of “social mobility” of all the OECD countries.

Social mobility is a way of measuring how easy it is to move from one income bracket to another – and in the land of the free the American Dream is clearly a myth, because the strongest predictor of your economic success is the good fortune of your birth.

Of course this is the paradox: in much of Western Europe there are higher levels of social mobility – it is more possible to move from one income bracket to another – and there is also less inequality. At the same time there is also a greater acceptance of the role of luck in one’s social position, and more understanding that the plight of those struggling is not their fault.

Comparative surveys show that people in the US are about twice as likely as people in Europe to believe that the poor are lazy, and that hard work leads to higher quality of life.

Largely, our beliefs are shaped by a desire to make sense of the world we live in. But they also serve to protect us, and to enable us to feel comfortable with our place in it.

In this way beliefs about inequality are potentially less about inherent egalitarian values, and more a response to the world we inhabit.

In other words, our views about inequality are influenced by inequality. After decades of economic unfairness our beliefs about it are shaped to fit: that the poor must deserve their predicament and that success is built on hard work. And the higher the rates of inequality, the more strongly these beliefs are held.

So perhaps making our societies more equal, dealing with the shocking reality that people are forced to queue outside WINZ in Manurewa from 2am to access food grants, or that an increasing number of Aucklander’s are facing “food poverty” is not just about changing government policy, or increasing benefit rates.

Perhaps it’s also about all of us being a little more humble, and accepting the uncomfortable truth that you are responsible for much less of your own success than your ego might be comfortable with. And if luck has a role to play, if we feel that we don’t inherently deserve the success we find ourselves enjoying, then perhaps it might also be a bit easier to share with those less fortunate.

The Nutters Club: Dave & Dale Gould – The power of gratitude in difficult times